You know the thing about the place where you grow up? You won’t see much of it until you migrate and stay somewhere far from your hometown and you wander “what am I doing here?” Like what Passenger sang in his song Let Her Go “Only hate the road when you’re missing home”. But the thing is that it i part of adulthood and we have to move on to explore and seek a better life. In my case,  I grew up in Johor Bahru,but I left the town when I was 16 to a boarding school in Kuala Lumpur. Occasionally, I would return to home where my parents and the memories reside. After boarding school, I immediately continued my studies in A-Level at Lembah Beringin which was further north from Kuala Lumpur. Eventually, I flew to Tucson, AZ, USA to further my studies as an undergraduate student. After four years staying abroad thousands of miles away from home, I returned home and the town was not the same anymore. Something has lost in between. I could not find the soul that I have left back home. Few months later, I migrated to Kuala Lumpur permanently and work here.

Now, the homecoming is becoming a monthly pilgrimage. My time at hometown is usually short and mostly on weekends. I began to appreciate the time and slowly discover the soul that I had left behind. With short time back home, I spent as much time as I could re-exploring the town (is now city) and quality time with my parents. The best moment when exploring is when I get to go out with my parents. It was the most precious moment that I do not want to end.

Throughout my few visits back to my hometown, I have discovered many places that are worth visiting. Some gave me nostalgia and some made me sad especially when I saw the things lost due to greediness. Most of them I did not even expect could happen in Johor Bahru. So the list goes down like this:

Kampung means a village. However, kampung is an understatement to this malay suburb. It had been a great young years growing up here and I would be looking forward to just stay at home if I return monthly from Kuala Lumpur. When I am back at home, I would mostly stay at home but a lot of people said that Kg Melayu has a lot to offer especially in the food category. The wet market was very popular back then until the reconstruction of the wet market took place which is taking forever to complete. Besides having wet food supply, the market was also connected with restaurant vendors. The ABC (mix snow ice) was very popular. I still remember that tasty chicken rice at the right side of the market. Satay was also cheap and yummy back then. Due to the small cutting size of the chicken meat, the marinate juice absorbs perfectly. At other places outside Johor Bahru the meat is too big and not juicy enough.In order to make way for the construction, the vendors had moved sparsely to many areas notably in front of the mosque. This is where you can find murtabak (roti filled with meat or chicken), yong tau fu, ABC and many more. It was livelier nowadays but unhealthy to the mosque in front of it. I am not sure what will happen when the market construction is complete. I heard the vendors do not want to return because of the increase in rental rate.

Other than that, there is still ayam golek (grilled rolling chicken) which had stayed put for as long as I can remember. It is still there until now. The yumminess and tastiness of the chicken attracted many people around Johor Bahru. Not forgetting the nasi ambeng shop located near primary school where everything started. The price is still reasonable and you will not get that price in Kuala Lumpur with huge portion. Some visitors would buy in bulk to bring them back to their home. Nasi ambeng is the food that I look forward to eat every time I return home.

There are a lot of malls in Johor Bahru. Because of the proximity to SIngapore, the malls were built to accomodate Singaporean visitors. They would come in the weekend to buy essentials and all because of the cheaper price resulting from the exchange rate. Tebrau City is just another mall but it gave me many memories. It used to be the largest mall in Johor Bahru. When it opened, the mall would be flocked with many people from various backgrounds. I am not sure about the situation now but seeing the new parking lots being opened, I believe Tebrau City is still popular among locals. The mall houses to many shops, cinemas, markets and restaurants. I would occasionally go to this mall to buy stuff or have dinners with old friends or just people watching.

Danga Bay used to be a family friendly park at the shore of Tebrau Strait facing Singapore. There was also a docking marina. There used to be Putri Lagoon, a mini water theme park surrounded by mangrove forest. In honesty, I would prefer the mangrove forest than Danga Bay. However, after Danga Bay completed, the park had become a center for city dwellers. Unfortunately today, the whole stretch of Tebrau Strait had been privatised. I am not sure what would happen to the general public. We deserve the view. Not just the rich, famous and foreigners. Besides, the effect that it has now to the environment has to be devastating. I am deeply disappointed with this. The beach is now way further to the strait and it has made the strait narrower and prone to pollution. Who knew, we might need to pay to enter the beach area when construction is complete. This is the biggest disappointment ever. It seems abandon and sore to the public eyes. It is too late now. Due to greediness, social and environmental impact is not important as long as money flows into the account of certain people with certain interest. 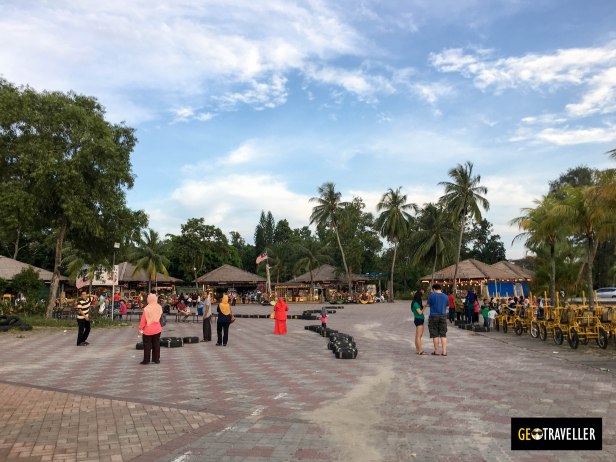 The beach was used to be near the hospital where my friends and I would escape from school to have lunch at Medan Ikan Bakar. Today, the beach is totally gone. The effect from hospital hazardous wastes had damage the beach. Half of the stretch had been acquired for residential and hotel development. We are losing the view piece by piece. What is left is the stretch in front of hospital where the side walk was wide enough and the road side could accomodate cars to park. I would go here in late afternoon to view Singapore. I would do as many times as I could before the view is gone. I feel bad and sad to the future generations. The view will be different and I believe it won’t be free anymore. Lido Beach gave me nostalgia of the time after secondary school where I would hang out with my buddies.

However, Merdeka Square had gone through significant upgrades. I remember during my school days, the field would be used for football match. Occasionally, Independence Day parade and celebration would be held at this square. It looks prettier especially with the opening training ground for JDT. This has certainly upgraded the city’s appearance and reputations. At the same time the clock tower remained the same and keeping the memories of Johorians through time. 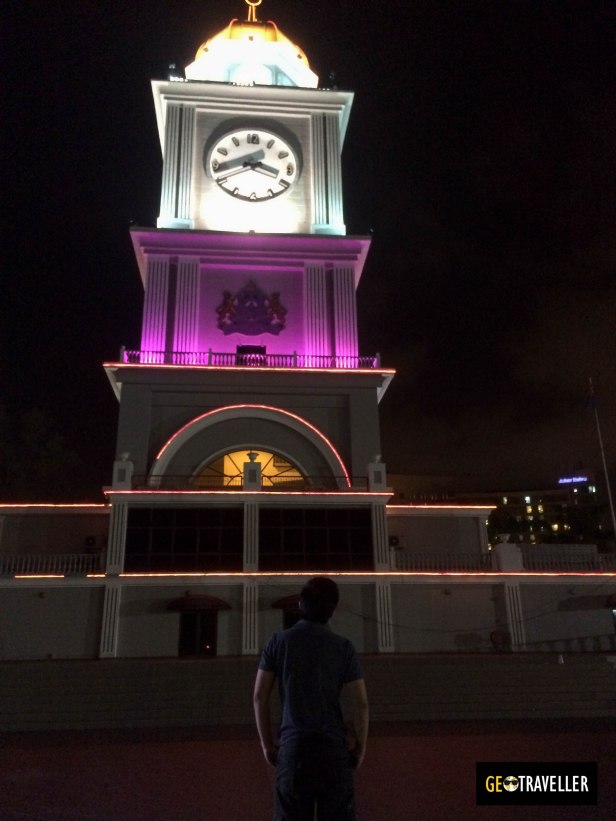 The park is still relatively new but the maintenance was an embarrassment. Something needs to be done to ensure that beauty of this park ensues. However, people could still come to this park to exercise. On Tuesday, Thursday and Saturday night, there is a light fountain show which is quite mesmerising. If it is widely promoted and maintained, I believe it would be the center of attractions. Every one would talk about the next Bellagio in Johor Bahru. Nevertheless, I would not miss to jog here every time I return home.

6. Open Seafood Market near The Zone

This is the latest treasure in Johor Bahru which should not be disregard. Few years ago, before Lido Beach was terrorised by the developers, the fishermen from Sungai Melayu would land their fresh caught fish and seafood. The price was reasonable or at least cheaper than what we can get in the establish marketplace. Since the open market is gone, swallowed by the constructions of private residence along Danga Bay and Lido Beach, another one had apparently opened recently. I got the chance to visit the market and I was quite impressed. This better stick around for a long time and I hope forever. 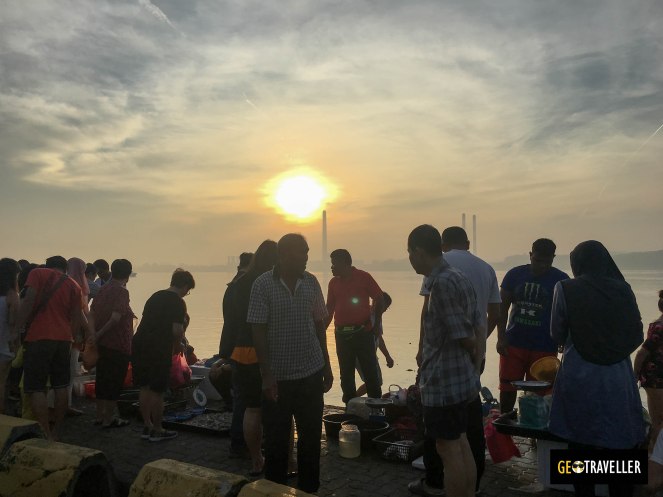 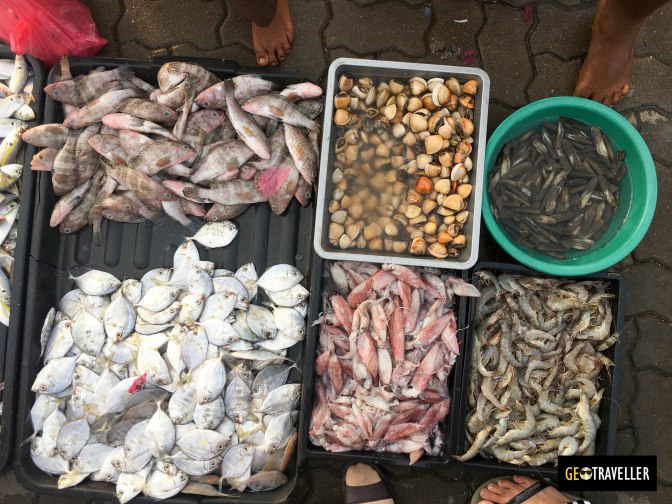 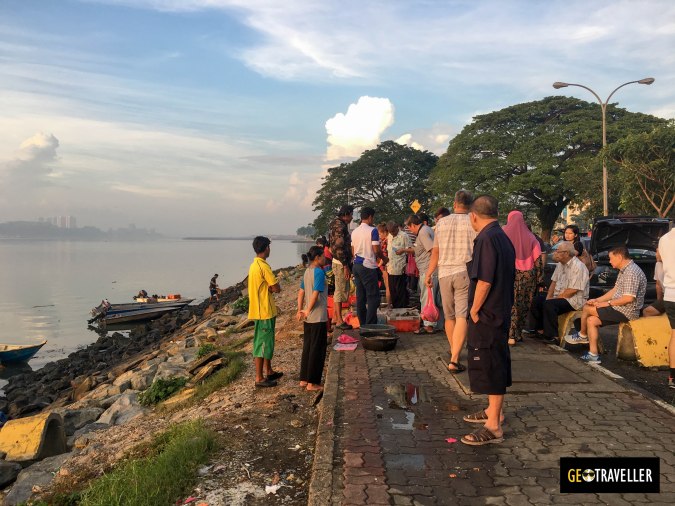 When I was still in school, City Square was an it thing. Apparently, it is still the most popular mall here. Recently, Komtar had been transformed from an old rundown mall to a luxury mall. It was a nice sight and I was very surprise with the transformation. Currently, the constructions had been going on and the downtown area was very messy. However, the night market of Pasar Karat is still available. The downtown is also just a stone throw off from the Southern Gate to Singapore.

After many years of not exploring the city center especially at night, the city is offering light shows which is unique to the city. If I am bored at night, i would drive all the way here just to see the light. 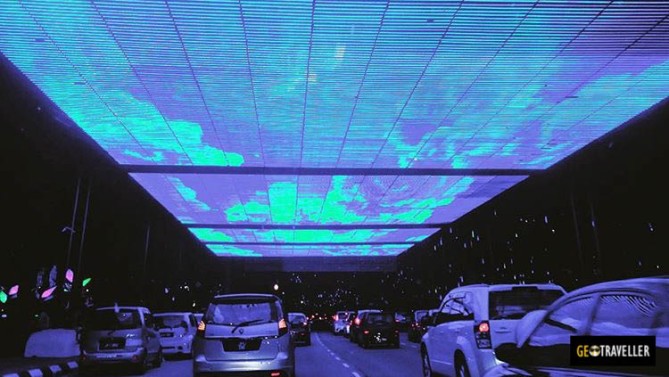 This is cheesy but it is something interesting that represent Johor monarch. Few years ago, there was nothing much here but now, the entrance was decorated with huge crown gate. If a someone wants to visit the entrance, come at night and you will see the light presentation. Many locals come at night to see the lights I believe. However, since the entrance is located just next to the main road, be wary with kids. Put extra cautions and eye to the kids. They might go wander and get too close to the road. 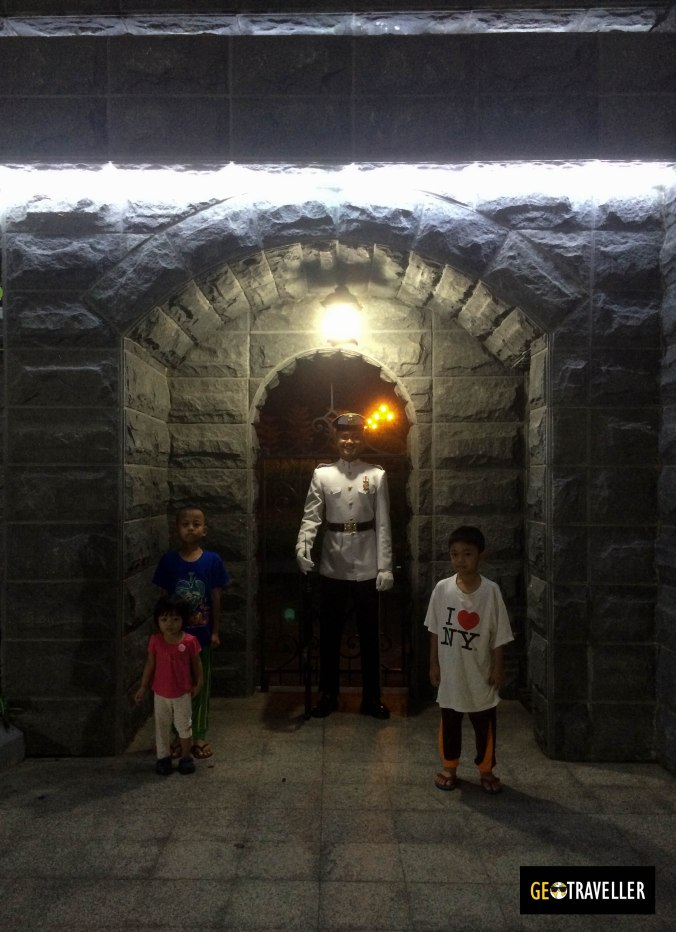 There are many more that I need to explore. Starting from now, I will remind myself to take note and photographs. For now, this is me looking at Lido Beach facing Tebrau Strait. Not far from here is Singapore. I wonder what will happen next to Johor Bahru. I am worried about Lido Beach future. I am sure most Johorians want to see their precious city develop together with what the people and environment need.

Translate to your language